Working for Yourself: 11 Clear Signs You’re Meant to Be Self Employed 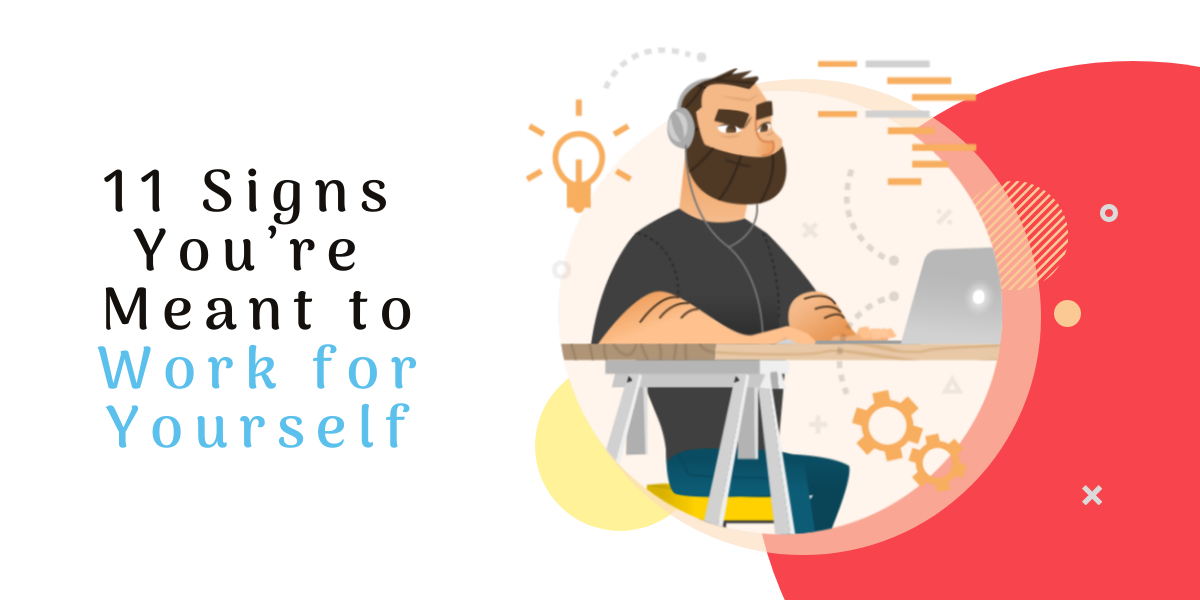 Are you someone who dreams about working for yourself—but struggles to see how you can make it a reality? Many long-time freelancers will sell you on the dream. The freedom. The increase in income. Making a living doing exactly what you want to.

Even though this all sounds good…it almost sounds too good to be true in the beginning.

“That’s great for you, but I can’t do that,” is a phrase that comes to mind as I think about the milestones that didn’t seem possible at the start of my career.

How do you know if you’re cut out for making this work and building a sustainable business? Here are eleven clear signs that you’re meant for self-employment.

Anyone can freelance, but not everyone will succeed at being a full-time freelancer. Harsh? Perhaps, but it’s the truth. You have to be willing to work hard, especially early on.

It takes time to build up your business and gain confidence in yourself. According to a poll I ran with my own audience on Twitter, 50% of people say that it took them over a year to feel confident in their ability to be full-time freelancers.

Many established freelancers reject the idea that sipping cocktails on the beach is part of our day-to-day life, but I don’t think rejecting that idea alone is clear enough. Starting out as a freelance professional requires more work than a traditional job. When you do find your way, though, all the hard work is worth it.

2. You know the value of flexibility

Being able to control your schedule is something that attracts a lot of people to freelancing. A 2020 survey shows 71%  of freelancers in the United States do freelance work to have flexibility in their schedule.

Still, you have to understand that this job will require you to be flexible for your clients too. Sometimes they may push a call to another day or request a change to a deliverable at the last moment.

If every small request is going to fluster you, you’ll be in for many tough days. Finding a balance between holding boundaries and being able to adapt when it’s appropriate is key.

3. Working for someone else isn’t for you

Most freelancers aren’t unemployable, but many of us did not enjoy the experience of being in traditional employment. Following someone else’s rules and processes can be tough, especially when you know there could be a better way.

66% of people say that they freelance to be their own boss. For better or for worse, we want to run the show and we’re comfortable doing it. That isn’t to say it’s always easy, but it is rewarding.

Up to 70% of small businesses and over 30% of Fortune 500 companies work with freelancers. That’s great news for us because even as the popularity of freelancing continues to grow, there’s enough work to go around.

To get that work though, you can’t sit around and wait for the gigs to come to you. Operating like an entrepreneur and taking actions that establish you as a business are critical. If you know you have the initiative to do that, it’s likely that you’re meant to work for yourself.

This may also be a path to consider if people around you comment on the ideas you have or your talent. What others think doesn’t mean everything, but when they think highly of your skills, it’s worth considering what you could be doing with them.

5. The requirement for self-discipline isn’t scary

“How do you make yourself sit down and get to work every day? I couldn’t do that.”

I hear this from people outside the freelance world all the time. You have to be a self-starter as a freelancer because that’s the only way you can get anything done. If you fear that you don’t have the willpower to make it through the workday, you’re likely to struggle.

Research suggests that your beliefs about willpower can be important. According to a study by Stanford University researcher Veronika Job, Ph.D., and colleagues found that individuals who thought willpower was a limited resource were subject to having their willpower depleted. People who did not believe willpower was easily exhaustible didn’t show signs of depletion after exerting self-control.

It’s not about “gathering up” the willpower. It’s about understanding that you won’t run out of it. If you subscribe to this idea, it can make all the difference in your success on this path.

The eight-hour workday may seem like the standard, but in the context of all human history, this is a relatively new idea. For pre-industrial workers, one day’s work was considered half a day. This was standard until capitalism, when requiring people to work longer days meant more profit.

On August 20, 1866, the U.S. National Labor Union first asked Congress to pass a law mandating the eight-hour workday. Still, it wasn’t until 1890 that the government began tracking workers’ hours and found that many workers were averaging 100 hours per week. It’s no wonder that in the decades that followed, there were standards put in place to stop this.

That’s where the forty-hour workweek was born, but many of us have come to realize that the results you achieve matter more than the time that you put in. Clients don’t bring in freelancers because they want them to sit at a desk for days and weeks on end. They bring them in because they’re looking for someone with a specific skill set who can deliver what they want.

7. Having one source of income doesn’t seem like a good idea

Less than 4 in 10 people can pay for a $1,000 expense they weren’t expecting in cash. Losing a job has the potential to wreak financial havoc, but you can avoid this by having several different sources of income.

Income diversification and freelancing go hand in hand. As you build up your client roster, you improve your financial situation. If a client drops out on you suddenly, all is not lost. You still have work to do while you take steps to replace that project.

If you want to minimize risk in your financial life and you have the capacity to continually market and sell your services, freelancing is a great opportunity.

Being an artist isn’t a requirement, but are you capable of embracing creativity? To work for yourself, you have to be able to solve unique problems and build out your own processes. Learning from others is a good start, but as you get into your work, you’ll find that you face some unique situations.

Occasionally, you’ll run into a roadblock with a project, a tough client situation, or the dreaded “quiet period” where you’ll need to think fast to drum up work. All these things are your responsibility when you’re a self-employed person.

You don’t have to have all the answers to immediately overcome these challenges, but you do have to be willing to put a lot of thought into the way you operate and to try new things.

9. Perpetual growth and change interest you

You know the saying, change is constant. This becomes very obvious to the self-employed.

When you’re working a traditional job, there’s usually a path for growth set for you through new responsibilities and promotions. The next steps are clear. You move forward in the organization you work for or you move to a new one when you’re looking for something new.

You may set out to offer a specific kind of service as a freelancer, but you can be sure that isn’t the only thing you’ll be doing. When you’re self-employed, there are several tasks you’ll have that others don’t have to deal with.

All of these things, which other people and departments usually manage, begin and end with you. The time you spend working won’t only be on your primary service or with your clients.

In fact, a lot of your time will be spent on those “non-billable” tasks, which makes determining your freelance rates one of the most important aspects of getting your business up and running. Otherwise, you may find yourself working for very little in return.

11. Working for yourself sounds fun

If you want to start working for yourself, it’s worth a try. I wasn’t sure if I could do it at first, but the only way I was able to learn is by making the decision to give it a shot. Many people are drawn to the world of self-employment, but they spend weeks, months, or even years researching it and they never do anything to gain the necessary experience.

There’s no one right way to make this a reality for you. Some people go all-in after losing or quitting a job. Others start freelancing on the side and leave their day job once they have their own client base. Any path you choose can lead to success as long as you’re consistent.

Take the time to choose the service you want to offer, then get out there and explore the available opportunities. You never know where one small gig might take you.

Want more tips about working for yourself and freelancing?

The world of self-employment is full of choices…and sometimes that can create overwhelm. I’m here to help.

Sign up below for the Freelancing Flow newsletter and get tips sent directly to your inbox every other week. You can unsubscribe at any time.

Get advice to help you grow your freelance business sent straight to your inbox.

Keep an eye on your inbox for freelancing tips.

If you have questions about whether or not being self-employed is right for you, leave a comment or reach out on Twitter.

← Prev: How to Run Your Next Sales Call Like a Pro (+ Close the Deal)

You can do the creative work...but can you promote your services, then get someone to pay you for them? As a... 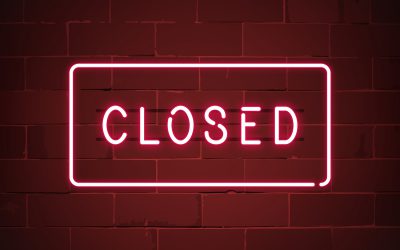 A couple of years ago, I took an amazing vacation, but one hiccup was unfortunately memorable. After lugging my bags...

As soon as I found out I could make money writing, my head was spinning.  "Okay...so I can do this freelance...